It’s not every day that you get to spend your lunch break with one of the most iconic mascots in the country. But before all the turkey, before the stuffing, and before the family dinners, we did. 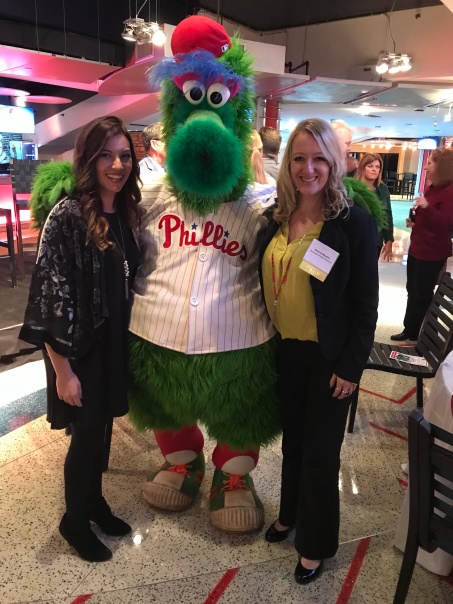 The Philadelphia Public Relations Association was proud to present the Phillie Phanatic with the 2017 Gold Medal Award earlier this month. This award honors individuals and organizations whose accomplishments have left a lasting impact on our community and brought national recognition to our city. The Phanatic is arguably the most beloved figure in Philadelphia, and certainly one of the most widely recognized mascots in all of professional sports.

Hailing from the Galapagos Islands, the furry, green, sometimes clumsy flightless bird has been a staple in the region since 1978 when he made his debut. He’s best known for bringing out childlike spirits in fans of any age, and hilariously mocking opposing teams. He has appeared in movies, television shows and commercials, and was named the best mascot in baseball by Good Morning America. But, among his most notable moments are his charitable involvements. The Phanatic is notorious for making appearances and brightening the days of those going through challenging times.

Buchanan Public Relations account supervisor Megan Keohane jumped at the opportunity to attend the award luncheon the moment she learned about it. In a past life (or, rather, in 2014 and 2015), Meg was a Phillies Ballgirl, and is a bit Phillies-obsessed.

“When I saw this on the schedule, I knew I had to be there,” Meg said. “A public relations event that celebrates my favorite furry friend? I’m in!”

The event kicked off with remarks from PPRA President, Adam Dvorin.

Afterward, Philadelphia mayor Jim Kenney said some kind words about the Phanatic’s impact on the city.

As you can see, no one stayed on the stage alone for long.

The Phanatic, of course, was not available for an interview after receiving his prestigious award, but luckily he had a cast of friends on hand to help him speak, including his “best friend,” as well as the father of the Philly Phanatic, Bill Giles. 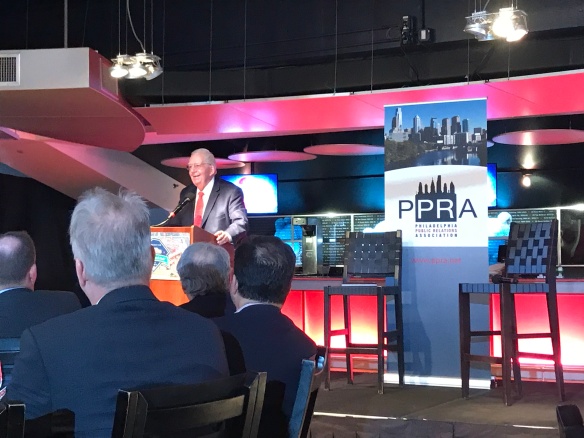 Congratulations to the PPRA Programming Committee for an entertaining and delicious event that included many smiles, lots of laughs, and even….

hugs from a beloved Philly icon.