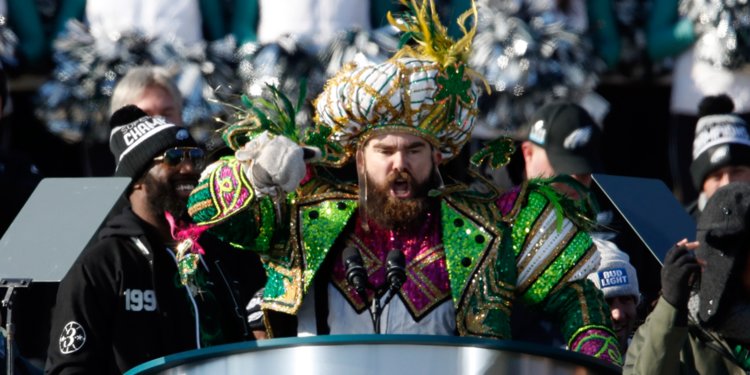 CBS Sports and ESPN called it “epic.” The NFL called it “inspiring.” Boston.com even called it “impassioned.” But The Philadelphia Inquirer hit the nail on the head, describing it as “real.”

Parade goers, Philadelphia natives watching from home and even non-Eagles fans across the country connected with Jason Kelce’s powerful speech. Here, I’m going to break down a few elements of that speech and his delivery that are key lessons in public speaking:

Relatable. Jason Kelce knew his audience and spoke to what Eagles fans relate to. “Underdogs” has been the word of the post-season, and he drove home how the team overcame that obstacle – how they were human and worked relentlessly to succeed. He connected with his audience because he spoke to what they relate to, which is key in any speaking engagement.

Passionate. There’s no denying how much passion was in Jason Kelce’s voice. He spoke with a cadence that drew in his audience, emphasized just the right words, and was fired up and energetic throughout the entire five-minute speech. An audience can tell when a speaker’s energy is genuine, and they usually feel more compelled to listen. Kelce’s parade speech was no exception.

Memorable. How could one ignore Kelce’s colorful Mummers suit? He is so engrained in the community and wanted to reflect that, while wearing unforgettable attire. It certainly added to the epicness of his presentation, but I’m not saying that every presenter needs to head to Broad Street to get the perfect outfit. Find what’s unique to you and your audience and incorporate elements that will stick in the listeners’ heads long after the speech has ended.

Raw. Lastly, and perhaps most importantly, Jason Kelce’s words were raw and unfiltered. I could say “honest” and “genuine,” but as an attendee who heard it in-person, it was more than that. A speech can be truthful and honest, but when it’s uncensored and filled with raw emotion, that’s when it really feels real. It’s not often you see speakers present like that, but when they do, it’s incredibly powerful.

Note: PPRA is composed of many distinct organizations and individuals, each with different perspectives and specializations in diverse areas of public relations. Many of these members’ websites feature blogs with valuable insights and advice, and we would like to make this content available to you. Periodically, we will repost content from member blogs. If you would like to see your company’s blog considered, email Stephen Krasowski at skrasowski@rmahq.org.